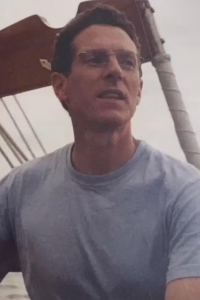 John T. Lowney, Jr, 65, of Mattapoisett died unexpectedly from a brief illness September 12, 2022 at Tobey Hospital. Born in New Bedford, son of the late John T and Virginia (Duffy) Lowney and stepson of the late Catherine (Hardiman) Lowney, he lived in Croton-on-Hudson, New York before moving to Mattapoisett in 2020.

John grew up in Marion, Massachusetts. In high school, John received a full academic scholarship to Tabor Academy where he finished in the top 5 of his class. He received his bachelors and master's degrees from UMass Amherst and went on to get his PHD at Brown University in English and American Literature. From there, John taught at Benedictine University in Naperville Illinois for four years and then spent the majority of his career at St John's University in Queens NY. He was the author of three books, The American Avant-Garde Tradition: William Carlos Williams, Postmodern Poetry, and the Politics of Cultural Memory (Bucknell UP 1997), History, Memory, and the Literary Left: Modern American Poetry, 1935-1968 (University of Iowa Press 2006), and Jazz Internationalism: Literary Afro-Modernism and the Cultural Politics of Black Music (New Black Studies Series, University of Illinois Press 2017), and numerous distinguished articles in academic journals, including American Literature, The Langston Hughes Review, Melus, The African American Review, Sagetrieb, and The William Carlos Williams Review. His areas of concentration were 20th Century American Poetry, African American literary and cultural studies, and Jazz literature.

John was an avid Boston Red Sox and Celtics fan. He ran almost every single day and always had a green thumb. He enjoyed spending time with family, especially his daughter Jasmine. They went on after-dinner walks, played softball, and took many trips together across the country. He even built her a luxury tree house. He was an amazing father, brother, uncle and friend. He was also a profoundly ethical and thoughtful person. John touched many lives with his dry humor, his quick wit, his keen intellect, and his kindness. He will be deeply missed by all who knew him.

We would like to thank All American Assisted Living and John's caregiver and dear friend Debbie Messier for the wonderful care provided. In lieu of flowers you may donate to The Michael J. Fox Foundation for Parkinson's Research, P.O. Box 5014, Hagerstown, MD 21741-5014.

A Memorial Service will be held on Sunday, October 2nd at 1 pm in the Wickenden Chapel, Tabor Academy, 86 Spring Street, Marion, MA 02738. Visiting hours are omitted. Arrangements are with the Saunders-Dwyer Mattapoisett Home for Funerals, 50 County Rd, Route 6, Mattapoisett.