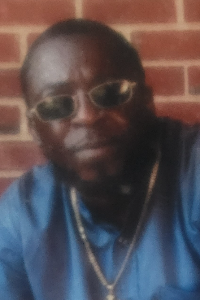 Robert met Natasha the love of his life February 13th, 2013 and it was love at 1st sight. Robert asked for Natasha's hand in marriage and they married January 13, 2017. Robert and Natasha had an amazing eventful life together together. In 2020, Robert's health started to decline and on Monday September 5th, 2022, he went home to be with the Lord, with the with his wife Natasha by his side. It was truly 'til death do them part. Natasha stuck with Robert to the end.

Robert and Natasha came out of the world in 2017 and became active members of Greater Love Tabernacle to date and had the privilege of participating in the ceremony when then Pastor Dickerson became ordained Bishop Dickerson the 3rd. Robert volunteered affectionately taking care of elderly and disabled people. He also had a fondness of animals and trained dogs to become companions for the elderly. Robert loved music and singing, he also had a passion for writing, he had a way with words. It was as if he could read your mind and knew exactly how to make you feel better and important. Robert loved his family deeply and always wanting to capture the moments he shared with them.

The Vick family would like to thank you all for your thoughtfulness, kind words and condolences during our time of grief.

"Husband,
It was love at 1st sight for the both of us when we met on Valentines day eve February 13th, 2013.
We've been 24/7, 98&2 Where people seen Bobby they saw Tasha too. Our love was so strong even though it was tested, through the bad and the good no matter what in God, we stood. Husband, my love, your wife, I honestly don't know how I'll do without you in that part of my life.
Husband you always checked to see if I was ok via in person, phone call or text. My heart breaks over and over at the thought that you won't be able to do that anymore.
When one of us hurt we hold would each other and cry soothing one another the best that we could.
You'd always say how strong and beautiful you thought I was. Now that you're gone, I'm barely holding on. I can you say "Babe just pray, God will get you through it. He said that he would !" I smile and I nod as the tears stream down my face. I'll see you again, once I've finished my race. You've done what we all have to do. All I can do now is rever in you.
I was by your side when you took your last breath. Love is Tasha and Bobby, you carved in our tree. Our love will always and truly be special and dear to me.
Always your love, your life, your everything, your wife, your Natasha"