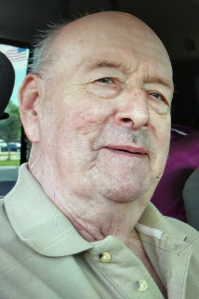 He was the loving husband of the late Dolores (Roche) Lubas.

Born in Fall River, he was the son of the late John E. .and Sophie C. (Gorszyca) Lubas. He resided in Somerset for the past 40 years.

Mr. Lubas worked as a clerk for Stop N Shop for 40 years prior to his retirement. He was an avid golfer and sports fan, especially the Red Sox and Dodgers. In his younger years, he enjoyed playing baseball and softball.

Survivors include his daughter Stacia K. McMullen of Somerset; his son Stephen Lubas of Tiverton; his sister: Dorothy Hussey; his grandchildren: Jessica Lubas, Matthew Lubas and Tamry Lubas-Hebert; and his great grandchildren: Michael, Amber, Autumn and Deven. He was the great grandfather of the late Chase.