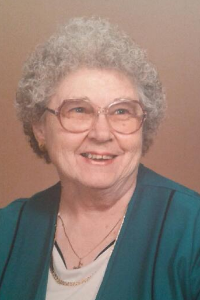 Jean E. (Anderson) Brown, 103, of Natick, died peacefully and comfortably surrounded by her family on September 3, 2022 following a period of declining health.
She was born in Wellesley on January 10, 1919 the daughter of the late Joseph R. Anderson and Anna E. (Wright) Anderson.
She was the loving and devoted mother of Charles S. Brown of Natick and Roberta J. (Brown) Anderson of New Market, NH.
Cherished grandmother of Kevin Brown and his late wife Stephanie Coppell Brown; Keith Brown; Kimberly Jones and her husband Ryan; Stephanie Wilson and her partner Nick Bradley. She was the great-grandmother of Anthony and Alex Brown; Kelton Brown; Carter Jones and Anna Jones and Mason Bradley. Also survived by her grand daughter-in-law, Ashley Drake. She was the wife of the late Harold F. Brown who died in 1974, sister of the late Virginia M. Damon who died in 2002 and her late longtime companion, William J. Vahey.
Jean has been a lifelong resident of Natick and was an active member for many years of Fisk Memorial United Methodist Church. For over 25 years, she was a retail associate with the Jordan Marsh Company formerly of Framingham. She was a Secretary for over 15 years with the Olympic Insurance Agency before retiring.
Jean was devoted to her family and enjoyed the time spent with them over her long and active life.
Visitations will be held on Saturday, September 17, 2022 from 9:00 am until 10:45 am followed by her funeral service at 11:00 am at the John C. Bryant Funeral Home, 56 Pemberton Road (off Rt. 30), Cochituate Village, Wayland with the Rev. Alecia Reeves-Freeman officiating.
Interment will follow in the Brown family lot in Dell Park Cemetery in Natick.
For those who desire, memorial gifts in Jean’s memory may be sent to the charity of the donor’s choice.