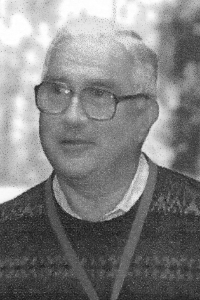 Update* We welcome all to drop in at 17 Plainfield Street, Waban, on Sunday October 16th between 1:00 and 4:00pm to celebrate and remember Percy’s 100 years. The afternoon will be casual, with a cookout (plenty of mustard in honor of Percy), pictures and albums, and no speeches, accommodated on the deck and backyard.

NELSON, Percy Lyon Of Waban, died peacefully at home with his family and caretakers gathered, on September 7, 2022. As he always promised, he lived to the age of 100.

Except for his WWII military service on Midway Island, and a year of engineering and ranching in Blanco Texas, he lived his whole life in the same house in Waban. Neighbors, family and friends gathered there for his 100th birthday celebration on March 30th, 2022.

Percy attended the Angier and Warren Schools before heading to Noble and Greenough, where he achieved academic and athletic awards, including the Trustee’s Prize. He played football, with great determination to make up for his scrawniness, ice hockey on Motley’s Pond, and rowed stroke in the crew.

Throughout his adult years, he returned to serve the community at Nobles and was awarded the Lawrence Service Award in 2002 for his contributions: Chairman of the Building and Grounds Committee; class agent for 25 years; chair of the Annual Fund; and member of the Graduate Council.

Percy’s time at Williams College was condensed to three years, with time at Dartmouth for military training. He enlisted as an officer in the Marines and served on the Midway Islands in the Pacific. This year, at 100 years old, he served as Grand Marshal of the Newton Memorial Day Parade.

After the war Percy completed two M.I.T. graduate degrees in Mechanical and Electrical Engineering, and married Toni Palmerton thanks to a lucky college blind date. They recently celebrated their 75th wedding anniversary. She survives him and her dedication is often credited with his longevity.

From 1948 to 1983 Percy worked at Chas. T. Main, where he served as Vice President with final responsibility for the engineering, design and administration of all steam and power projects for pulp, paper and industrial clients. His expertise took him to many parts of the U.S. and the world, including Sweden, Canada and South Africa. In 1983 he was retained by Stone and Webster, and set up their pulp and paper division.

Clients, friends and family shared voyages on his 38-foot Shannon, The Victory. He and crew completed three Marion to Bermuda races, in conditions ranging from fierce storms to the doldrums.

Percy lived by his own credo: loving care of his family, contributions to a wider community, hard work and excellence in his chosen career, sharing his knowledge and guidance with others – all spiced with his own brand of humor. His four children, six grandchildren, seven great-grandchildren know him as Jolly Father.

A graveside ceremony will be held on Thursday, September 15th at 1:00pm at Newton Cemetery. A celebration in the fall will take place at Percy and Toni’s home in Waban. Please contact any of his children, Betsy Nelson of Dedham, Edward Nelson and wife Melissa of Marstons Mills, Molly Nelson of Boston, or Paul Nelson and wife Deborah of Quechee VT, for final plans. You may also log on to gfdoherty.com to sign the guest book and where details of the fall gathering in Waban will be posted after October 1st.

Our heartfelt thanks to all of Percy’s loving caregivers.

Donations may be made to The Parkinson’s Foundation at Parkinson.org

Update* We welcome all to drop in at 17 Plainfield Street, Waban, on Sunday October 16th between 1:00 and 4:00pm to celebrate and remember Percy’s 100 years. The afternoon will be casual, with a cookout (plenty of mustard in honor of Percy), pictures and albums, and no speeches, accommodated on the deck and backyard.