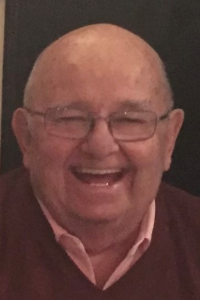 LEICESTER/Villages, FL.: Paul T. Dorr, 82, of Leicester, died Friday, September 9, 2022 after being stricken ill at home.
He leaves his wife of 53 years, Lillian A. (Rezuke) Dorr, his daughters; Christine M. Fadden and her husband Sean of Leicester and Jaime D. Slaney and her husband Matthew of Mansfield, his sisters; Patricia Hartnett of Auburn/Leicester and Ellen Sague of Lakewood, NJ, 4 grandchildren; Rian and Owen Fadden, Caitlin and Regan Slaney, nieces and nephews. He is predeceased by a brother, Arthur Dorr and a sister, Mary Bernier.
Born in Worcester, he was the son of Arthur and Mary (Johnson) Dorr and later served his country with the U.S. Air Force.
Paul was a Lieutenant in the Worcester Fire Department for 30 years, retiring in 1995. He also owned and operated P&C Repair for over 25 years. Paul was an avid golfer, loved working with his hands and spent recent winters at the Villages in Florida. He served on the Leicester Finance Board, Board of Health, and Board of Assessors. He had many friends and was well known to all in town.
Paul's funeral will be held on Tuesday, September 13, from the MORIN FUNERAL HOME, 1131 Main St., Leicester with a Funeral Mass at 10 a.m. in St. Pius X Church, 1153 Main St., Leicester Burial with military honors will follow in Pine Grove Cemetery, Leicester. Calling hours are Monday, September 12 from 4 to 7 p.m. In lieu of flowers, contributions may be made to St. Joseph/St. Pius X Parish, 759 Main St., Leicester, 01524.