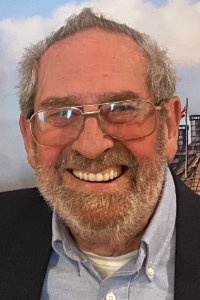 SPENCER: Gerard J. "Gerry" Couture,86, of Spencer, died Thursday, Sept. 8th. at UMASS Medical Center in Worcester after a brief illness.
He leaves his wife of 26 years, Judith A. (Schiffbauer) Couture, his seven children; William Couture and his wife Margaret of Northbridge, Cathy Vitale and her husband William, Carol Dill and her husband Richard and Deborah Couture all of Bellingham, Normand Couture of Providence, RI, Shirley Zagame of Franklin and David Couture of Bellingham, his brother Armand Couture of Biddeford, ME, sisters; Dorothy Dupont of Alfred, ME and Rachel Thibodeau of Biddeford, ME, his step children; Michael Wagner of Norton and Derek Wagner and his wife Lynne of Londonderry, NH., 21 grandchildren, 7 great grandchildren, nieces and nephews. He is predeceased by a sister; Lorraine Guay and his first wife; Claire Couture.
Gerry was an engineer for Northrop Industries for 30 years, retiring in 1994.
He was born in Biddeford, ME, the son of Emile A. and Melande S. (Fecteau) Couture and later served his country with the US. Air Force. He loved the WooSox, and taking care of his birds. He was a Scout Master for many years.
Calling hours will be held on Tuesday, Sept. 13, from 5 to 7 p.m. with a service at 7 p.m. in the MORIN FUNERAL HOME, 1131 Main St., Leicester. Burial will be at a later date in St. Jean-Baptiste Cemetery in Bellingham. In lieu of flowers, contributions may be made to New England Botanic Garden at Tower Hill, 11 French Dr., Boylston, MA 01505