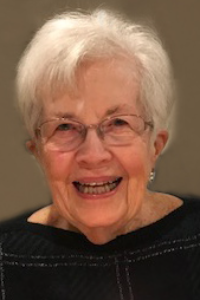 Jean A. O’Neil, age 88, of Bridgewater, formerly of Watertown, died Friday, September 2, 2022. Born on January 4, 1934 in Brockton, Massachusetts, Jean was the eldest child of Arthur M and Anna M (Spillane) O’Neil. Jean attended Brockton Public Schools graduating from Brockton High School class of 1951. She also graduated cum laude from Boston College School of Nursing in 1955 with a B.A. in Nursing, went on to complete her Master’s Degree at Boston College in Nursing and Education in 1963 and earned her Ed.D Doctor of Education degree in 1985 from Boston University. Jean was a faculty fellow at Harvard Medical School Division of Aging and Geriatric Education Center 1992-­-1993.

She was an active and long-­-time member of American Nurses Association, Sigma Theta Tau International, Pi Lambda Theta, and NANDA International, as well as past President of the Boston College Alumni Association, the first woman to hold that position.

As a young nurse Jean worked as a Brockton Visiting Nurse walking the city with her black bag, as was the practice then. Upon the introduction of the Salk and Sabin polio vaccines, Jean helped to administer hundreds of vaccinations at City clinics. She also practiced nursing at various hospitals, particularly the Carney Hospital in Boston.

Jean’s first love was teaching nursing, which she did for several years at the Catherine Laboure School of Nursing and then at Boston College beginning in 1969. During her tenure at BC, she filled in as acting Dean of the School of Nursing. She got a big kick out of being “Dean Jean.” Over the years she mentored and coached scores of students that were in danger of failing, as well as recent graduates who were having trouble passing their licensing board examinations.

Jean authored and co-­-authored many chapters and articles in various professional publications and books. Upon her retirement in 2002 from Boston College, the nursing faculty established, in her honor, The Jean A O’Neil Achievement Award, which is presented to a graduate at each commencement convocation.

A devout practicing Catholic active in her churches, Jean worked in CCD during the time of radical change that came with Vatican II. For many years she was a Eucharistic Minister bringing the sacrament to the homebound, sick and elderly.

Her vast collection of photographs, slides and home movies that she took over the years, are a visual chronology of her family, friends and the world around her. She was an avid reader and lover of theater, music, history and art particularly the works of Claude Monet. For decades Jean was a member of the Boston Museum of Fine Arts often taking nephews and nieces to the museum and instilling a love for fine art in them. She thoroughly enjoyed travel both for business and pleasure, visiting Ireland and several other European countries, as well as Australia. She visited many states in the USA including Hawaii and Alaska where she flew in a seaplane and stepped out of a helicopter onto a glacier.

Jean loved watching old movies with her friends; she belonged to two book clubs and looked forward every spring to her gardens, a love that was passed down to her by her parents and grandmother. She also loved beaches, particularly Cape Cod where she regularly went to visit with friends right up to just before her passing.

Above all Jean treasured her family and friends. She leaves her brother Arthur of Mansfield, his wife Diane, their son Matthew, his wife Amira and their son George of London, England. She was the dear sister of the late Lois Loughlin and her late husband Bernard Loughlin. She will be missed by her nieces Sheila Prendeville of Pembroke, MA, her husband Kevin and their children Kevin, Anna and Bryan; Christine Loughlin of Brandon, FL; Marjorie Lowell of Amherst, NH, her husband Dennis and their children Samuel, Jack and Sadie; Paula Olsen of Wilbraham, MA her husband Robert and their daughters Emily, Nora and Molly. She was the dear aunt of the late Joseph Loughlin. Jean is also survived by many friends and former students.

Visiting Hours will be held in the Conley Funeral Home, 138 Belmont Street (Rte 123) Brockton, Sunday, September 11, from 2-5pm. The funeral procession will gather at the funeral home Monday at 9am for a funeral Mass at Holy Cross Church, 225 Purchase Street, South Easton, at 10am. Burial will follow in Calvary Cemetery, Brockton. Donations in Jean’s memory may be made to Rosie’s Place, 889 Harrison Avenue, Boston, MA 02118.