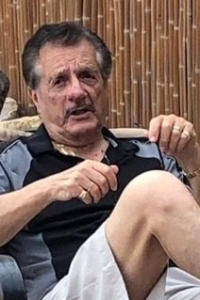 Ralph Camuso, 82, of Lawnacre Drive in Smithfield passed away on Tuesday September 6th surrounded by his family. He was the husband of the late Marion (Barile) Camuso. They had been married for 54 years.

Born Providence, a son of the late Ralph and Mary (Rotondo) Camuso. He had lived in Smithfield previously living in North Providence and Johnston.
Ralph had been the proprietor of the former Mary’s Catering for over 40 years before retiring. He had also worked at Scituate Liquors and was known as the Neon Sign Guy. He had also worked at Twin Rivers/Bally’s as a Security Guard.

Ralph enjoyed spending time with his grandsons fishing or swimming and eating in Hollywood Beach, FL He also loved throwing (what he called the bones) dice at the casino.

A Memorial Mass will be held at 10am on Saturday, September 10th, in St. Philip Church, 622 Putnam Pike, Smithfield. Burial will be private. Visitation respectfully omitted. In lieu of flowers donations in his memory may be made to the Gloria Gemma Breast Cancer Resource Foundation, www.gloriagemma.org
Gloria Gemma Breast Cancer Resource Foundation