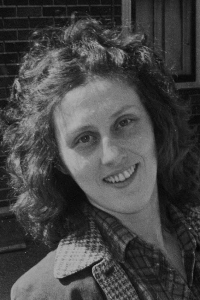 WEBSTER - Deborah Liseno-Morrison, 69, died on September 5th, 2022 after struggling with the disease process of Corticalbasal Degeneration.

Deborah was cared for and died at home with her husband James Morrison and daughter Amber Morrison at her side. Deborah’s son, James Reed Morrison III, died in 2020, but his presence was felt at the time of his mother’s death.

Before her illness, Deborah spent her life loving and caring for her family. Growing up, Deborah helped her own mother take care of her younger siblings Larry and Doreen. Deborah cooked meals, ran errands, and did all the hard work that holds a family together. This experience of mothering her siblings helped Deborah prepare for her future as “the best whole mummy in the world”, which, if you ask her daughter Amber, she was. Aside from being the best mother and wife, Deborah was also the best friend to everyone in her family. She had the ability to see the best in her children and husband and helped them to see it too.

Deborah received her bachelor’s degree from Worcester State College in 1990. She recently retired from the Visiting Nurse Association of Webster where she always showed kindness and helped her co-workers. Deborah was also quite active at church and spent endless hours taking care of its parishioners with fanciful cakes and tea parties that would make Martha Stewart proud.

Deborah also leaves behind her nephews Jacob, Kyle, Zack, Aaron, and Seth, all of whom she loved and helped care for as they grew up.

Deborah’s graveside service will be held on Monday, September 12, at 11:00 A.M. in Calvary Cemetery, Dudley. There are no calling hours. Arrangements are under the direction of Sitkowski, Malboeuf & Hickey Funeral Home, 340 School Street, Webster, MA 01570.