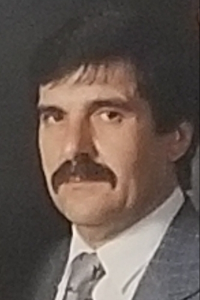 The son of the late Antonio Garcia Valadao and the late Adelaide (Canto) Valadao, he was born November 28, 1953, in Terceira, Azores, Portugal. He was raised and educated in Portugal, and served with the Portuguese Army. He made his home in Portugal until his late 20’s when he came to the United States, settling in Lowell. He was a member of St. Anthony’s Parish.

Francisco worked for Joan Fabrics, one of the City’s last textile companies, for over twenty years before his retirement in 2004. He enjoyed fishing, soaking in the sun, watching bull fights, and watching futbal, rooting for Sporting CP.

His survivors include his children, Jennifer A. Valadao and her fiancé, Corey Berard, of Lowell, and Adam A. Valadao of Lowell, both of whom he shared with Lucia Aguiar; his two nieces in Brazil; his cousin, Antonio Gonçalves and wife Margarida Gonçalves of Hudson, NH; his good friends, Mateus and Filomena Fagundes; as well as many cousins in Portugal, Brazil, and California.

The family would like to thank Antonio Gonçalves and Mateus Fagundes for their unwavering friendship, the ICU nurses and staff at Lowell General Hospital for the compassionate care provided in his final days and the staff at Northwood Nursing Home for taking such great care of Francisco, especially Nancy.

Those who wish to express sympathy, please consider making a donation in memory of Francisco to St. Anthony’s Church, 893 Central Street, Lowell, MA, 01852.