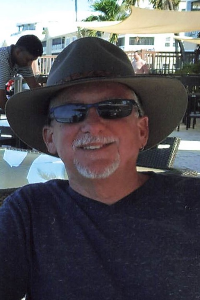 David Arthur Heintz, 66, of Tewksbury, died after a four year battle with cancer at Winchester Hospital with his family by his side on Friday, September 2, 2022.  He was the husband of Carolina Pereira Heintz with whom they would have celebrated their 37th wedding anniversary this November.

He was born on January 13, 1956 in Erie, PA, the son of the late Arthur and the late Rosemary (Pitzer) Heintz.  He grew up and attended schools in Erie.  After graduating from high school he went on to obtain his Bachelor’s from Penn State Behrend Campus, and later his MBA from the University of Pittsburgh.

He relocated to Washington DC and worked for FERC.  He met his future wife while living in Washington DC.  They relocated to Pittsburgh, then Houston, TX, and finally to Tewksbury for nearly 30 years.  Dave had a few different jobs in the Energy Sector, and made many close friends.  Most recently he was based in Marlborough working as a consultant for Concentric Energy Advisors.  In his free time he enjoyed skiing, hiking, and camping, he was formerly a scout leader with Troop 47 of Tewksbury. He was also an avid reader, enjoyed history, music, movies, and puzzles.

His funeral service will take place in the funeral home at 4pm, relatives and friends will be invited to share memories of Dave during this time.

In lieu of flowers please make contributions in his memory to the American Cancer Society, 3 Speen St., Suite 250, Framingham, MA 01701 or at donate.cancer.org