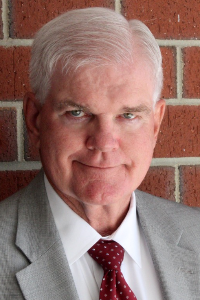 Michael C. Loughran Sr. 77 years of age of Canton, MA entered into eternal rest peacefully on September 5, 2022, surrounded by his family. Michael was born on March 11, 1945, in Canton, MA to his parents Thomas and Adeline Loughran. He had 5 siblings. Michael leaves behind his wife Patricia (Keady) Loughran, the love of his life after 54 years of marriage. Michael was a Boston College HS and Boston College graduate. He was proud to be a “Double Eagle” and a faithful fan of BC Football as well as New England Sports. After teaching at Norwood Public Schools for many years, he attended Suffolk Law School where he graduated and practiced labor law representing many municipalities in Massachusetts. He was a founding member of the law firm Collins, Loughran and Peloquin. He was active in Town of Canton events and organizations and served many years on the Canton School Committee. Michael was active in St. John’s Church as a cantor earlier in his life and provided song for many weddings and funerals over the years. His voice was easily recognized and remembered and provided much happiness to all who heard him sing. Michael was an avid golfer. He was the captain of the BC High and Boston College Golf Teams. After his time at The Heights, he pursued his passion with the sport throughout his life. He was a member of Wampatuck Country Club and Norfolk Golf Club and was well known in the golfing community. A true gentleman and scholar, Michael enjoyed discussing politics, history, and sports. He never raised his voice but had an art for presenting a convincing argument of his perspective. Michael would often host gatherings with his extended family, siblings and his nieces and nephews who he affectionally called the “Loughran Clan”.

A loving father of four, Michael leaves behind his daughter Michelle Sanders and her husband Marc of West Roxbury, his son Christopher Loughran and his wife Pamela, his son Brian Loughran and his wife Michelle and his son Michael Loughran Jr. and his wife Marie all of Canton. In addition, Michael leaves behind 11 grandchildren (Kirsten, Matthew, Ryan, Brendan, Molly, Maddi, Emily, Owen, Mandi, Caitlin and his grandson Christopher who is now joined in Heaven with his Papa). Brother of Sr. Mary Elizabeth Loughran of South Bend, IN, Jane Ann Allen of Albuquerque, NM, Larry Loughran of Hopkinton, and the late Thomas and James Loughran.

Visiting hours at the Dockray & Thomas Funeral Home 455 Washington St. Canton Friday from 4:00 to 7:00 pm. Funeral Mass at St. Oscar Romero Parish, Canton Saturday morning at 11:00. Burial Canton Corner Cemetery. Donations can be made in lieu of flowers to the Canton Department of Elder Services 500 Pleasant St. Canton, MA 02021 or the Parkinson’s Foundation at www.parkinsons.org.