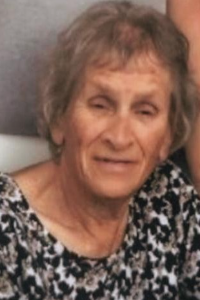 Eileen V. (Perry) Vincent, 85, of Acushnet, passed away on Thursday, September 1, 2022 at Charlton Memorial Hospital. She was the wife of the late James F. Vincent.

Mrs. Vincent was born in New Bedford, daughter of the late George S. Perry, Jr. and the late Frances H. (Fielding) Perry and had been a longtime resident of Acushnet. She was a member of Acushnet-Wesley United Methodist Church serving in the church choir for 35 years. She enjoyed crocheting, sewing and gardening. She loved music and taking walks. Her greatest joy was spending time with her family.

She was the sister of the late Charlotte A. Motta, Claire E. Souza, Gerald V. Perry, Oliver L. Perry and Shirley M. Titus.

Relatives and friends are invited to attend all services.