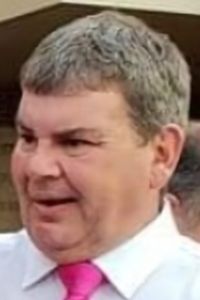 George C. Simon, 62, of Chelmsford, passed away Wednesday, August 31, 2022 after a long courageous battle with cancer. He was the beloved son of the late John C. Simon, Sr. and the late Janice (Cox) Simon.

Born March 10, 1960, in Lowell, he was raised and educated in Lowell, attending the Morey School, the Daley Junior High, and graduated from Lowell High School. He was a proud Highlands Boy growing up on Stevens Street, playing baseball at Callery Park and then went on to play football later in his youth.

He loved spending time with family especially at holidays, poolside, Old Orchard Beach, Maine, and in Florida. He was known to cook turkey dinners for the elderly who were alone on the holidays. George enjoyed cooking specialty organic dishes, watching old classic movies and his lifelong love of lighthouses, sunshine and the ocean. He loved horse races and enjoyed going to Saratoga with many of his good friends.

George will be remembered by all who had the pleasure of calling him family or friend as a Good Samaritan. He was always there to help anyone in need, in fact he was a hero in his own right. George compromised his own personal safety to save the life of an elderly man being assaulted, putting his own life in danger. George had such a big heart for everyone he met.

He worked at Raytheon Corporation for over thirty-five years before retiring, and was grateful for the longtime friends he made there.

He is survived by his siblings, Deborah Simon Elliott and her husband, Richard Elliott, of Litchfield, Mariellen Tsaousis and her husband, Fotis, of Tewksbury, John "Jay" Simon, Jr, of Haverhill and Eric Simon of Litchfield, NH; his nieces and nephews, Deena, Peter, and his Godson John Tsaousis, Jennifer, Stephany, Jake, Alexis and Matthew Simon; his Aunt Justine Shaffer and her husband, Frank, of Merrimack, NH; his Uncle, Chris Cox and wife, Pat, of Lowell; as well as his cousins and many very close dear friends.

The Family would like to extend a special thank you to all his great friends for their continued support they provided to George these past 3 years who called, visited, wrote poems, brought food, friendship, laughter and smiles to him. George will be deeply missed by all and remembered for his great sense of humor and compassion for others.

His Funeral Mass will be held at 12 noon at ST. MARGARET OF SCOTLAND PARISH, 374 Stevens Street, Lowell. Burial in Westlawn Cemetery, Lowell.

Those who wish may make a memorial donation in George's name to the American Cancer Society, 30 Speen Street, Framingham MA 01701.