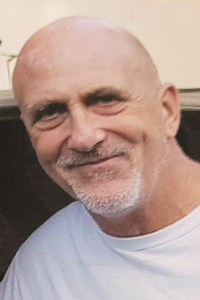 Sadly, we lost our brother Donald Glen Timms Jr. He passed away peacefully from natural causes. Don Jr. was born December 8, 1961 in Ventura, California. He was raised in the Ojai Valley and went on to attend Nordhoff High School.
Don was a great brother and friend to all he knew. Donald was a painting contractor in Ojai for several years. He enjoyed his cars, plants, and playing golf at Soule Park.
He is survived by Donna Thorpe, of Ventura, California; Linda Hurt, of Paradise, California; Sharon of Auburn, California; and Kathy Savage, of Las Vegas. He is preceded in death by Betty and Donald Timms, Sr. Services will be held at a later date and he will be laid to rest in Nordhoff Cemetery.