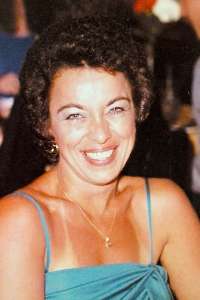 Caprera, Frances “Fran” A. of Kill Devil Hills, North Carolina, and formerly of Quincy, Massachusetts, passed away on Monday, August 29, 2022, at age 81.

Frances was born on November 5, 1940, as the youngest of four children to the late Antonio (Anthony) and Francesca Caprera. Frances, together with her late brothers Joseph and Vincent (“Jimmy) Caprera and surviving sister Josephine (“Jo”) Itri, were raised in East Boston and Quincy. She was the loving mother of Karen Devine of Falling Waters, WV, and Joseph Devine of Hickory, NC; grandmother to Stephanie Reid of Myersville, MD, and Noelle Soares of Falling Waters, WV; aunt of Joanna and Tony Caprera of Metarie, LA, Patricia Itri of West Roxbury, Robert Itri of Phoenix, AZ, and Mark Itri of Newport Beach, CA.

Frances graduated North Quincy High School in 1958, and Mass Memorial Hospital School of Nursing in 1961.After graduation from nursing school, she went on to become a Registered Nurse and subsequently served as a Captain in the U.S. Army Reserve Nurse Corp.

Frances was a strong willed and adventurous spirit. She loved the ocean and travel. She relocated to and spent the last decades of her life residing in the Outer Banks of North Carolina, where she served as an operating room nurse, volunteer member of the Kill Devil Hills fire department, and enjoyed in her free time the wide expanses and rolling dunes of the local beaches. In the last few months of her life, she returned home to Massachusetts where she and her sister, Jo, and brother-in-law, Bob Itri, visited often. Frances will be sorely missed by all who had the good fortune of knowing her.

Visitation will be held at the P.E. Murray-F.J.Higgins, George F. Doherty & Sons Funeral Home, 2000 Centre St. West Roxbury on Friday, September 2, from 3-5pm. Funeral from the funeral home on Saturday, September 3, at 10am followed by a Funeral Mass in St. John Chrysostom Church, 4750 Washington St. West Roxbury at 11am. Relatives and friends kindly invited. Interment will be held at St. Michael Cemetery, Roslindale at a later date.