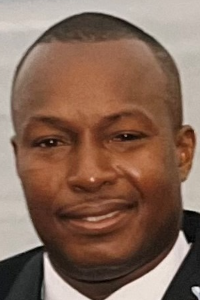 Christopher Antonio Tooley was born on July 7th, 1962, in Newport News, Virginia to Luke
Tooley and Louisianna Randolph Tooley. Christopher moved to Boston as a child.
He attended South Brunswick High School in North Carolina for one year. While there he played
football with the Cougars. He was a sports fanatic.

Christopher loved his mother, and she held a special place in his heart.

At a very young age he followed into his father’s footsteps and joined the world of underground utilities. Chris worked for NEUCO for over 30 years as a Foreman. During the winter he plowed snow for private properties and volunteered his time.

Chris was brilliant and his decisions were skillfully developed and executed. Chris accepted the Lord and was baptized into the Seventh Day Adventist faith on January 26, 2002.

On his birthday July 7th, 2002, he married the love of his life “Sue”. They were blessed with two
boys Christopher and Joseph.

Together they worked hard and created C. A. Tooley Equipment, INC in 2010.

In May 2021, with the dream of becoming a field supervisor he began working with Feeney
Brothers Utility Services. It was one of the best things that could have happened to Chris.
He felt appreciated, accepted, and respected. Chris looked forward to going to work each
morning. He was finally able to share his wealth of knowledge with peers who delighted in
learning.

Chris was a brother, father, teacher, mentor, and counselor to many. Chris loved the lord, he loved his family and friends. He loved nature, spending time on the water and fishing. Every year Chris would go fishing two
to three times during the Spring. Chris had a great sense of humor and told his last inappropriate joke on Friday, August 19, 2022, which cannot be shared here.

Chris died peacefully at home on Monday, August 22nd, 2022, after a very short battle with
colon cancer. He was surrounded by his loved ones who observed him gentle transition into a
serene sleep.

The family will receive visitors on Thursday September 1, 2022 from 6-8 PM in the Joseph Russo Funeral Home, 814 American Legion Highway, Roslindale.
A religious Service will celebrated on Friday September 2, 2022 at 10 AM in Berea SDA Church, 106 Seaver Street, Roxbury,