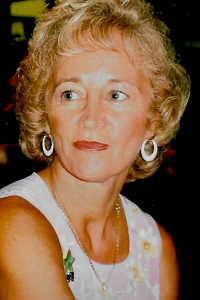 WORCESTER: Diane M. (DeStratis) Connors,73, of Coburn Ave., died peacefully, surrounded by her loving family after a battle with cancer, at her daughter's home. She was the wife of Ronald J. Connors, who died in 2007.

She leaves her son; Bryan F. Connors and his wife Erin of Ashland, her daughter; Tracey M. Hall and her husband Aaron of Grafton, her grandchildren; Molly, Sophie, Isla, Elin and Fenton, her brothers; Daniel and George DeStratis of Leicester, her sisters; Susan DeStratis of Leicester and Theresa DeRoy of Worcester, several nieces and nephews. She is predeceased by her brother Joseph DeStratis and a sister Barbara DeStratis.

Diane was a claims representative at Unum Provident Insurance Co. in Worcester for 14 years, retiring in 2012, previously she worked at St. Cyr Salon in Worcester for 22 years. Above all Diane was known for her devotion to her family and friends. She was a second mother to her younger siblings and a cherished "Mimi" to her 5 grandchildren. Diane loved all things beautiful and would spend any chance she had by the ocean.

She was born in Worcester, the daughter of Joseph and Shirley (Grenier) DeStratis and later graduated from Leicester High School.

Diane's funeral will be held on Friday, Sept. 2 from the MORIN FUNERAL HOME, 1131 Main St., Leicester with a Funeral Mass at 10 a.m. in St. Pius X Church, 1153 Main St., Leicester. A private burial will follow in St. Joseph's Cemetery, Leicester. Calling hours will be held on Thursday from 5 to 7 p.m. in the funeral home. In lieu of flowers, contributions may be made to Dana Farber Cancer Institute, P.O. Box 849168, Boston, MA 02284.