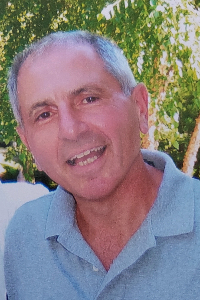 Thomas was born in Providence RI. He graduated from Rhode Island College with a BS in education and went on to complete his master’s degree in industrial arts. He served in the Navy as a weapons officer on the USS Richard E. Kraus. He was a veteran of the Vietnam War and retired as a reserve officer with the rank of Captain.

In addition to his military career, Thomas started off teaching industrial arts at the training school in Cranston RI. After retiring from teaching, he worked in construction for many years and later started his own construction company with his wife.

Thomas’s hobbies included running, swimming, biking and skiing. He participated in numerous races over the years, and was even running late into his seventies. He was a talented musician and enjoyed playing the piano. Thomas was a spiritual man and was deeply involved in his church. He was the Eucharistic Minister for several years at St. Phillips Church In Greenville RI.

Thomas was a devoted husband, father, and grandfather. He will be deeply missed by all that knew him.

A Mass of Christian Burial will be held Friday, September 2nd at 10am in Our Lady of Grace Church, George Waterman Road, Johnston. Visitation and burial will be omitted. In lieu of flowers donations in his memory may be made to St. Jude Children's Research Hospital