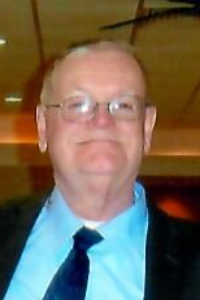 David R. Mason, a longtime resident of Revere and formerly of Dorchester, entered into eternal life on August 28, 2022 at the Whidden Hospital in Everett. He was 79 years of age.

David was born in Melrose on October 2, 1942 a son of the late Roy H. Mason and Muriel (Davis) Mason. He grew up in Dorchester where he was educated in the Boston Public School system. David enlisted into the United States Army on May 22, 1964 and served his country with honor and pride during the Vietnam Conflict. He was discharged on May 20, 1966 with the rank of Private First Class. He worked as a parts driver with Clair Toyota for 15 years and formerly as a warehouseman with Sears and Roebuck. David was a member of American Legion Post #0078 Hyde Park, Masons Lodge Rising Star, Bethesda Lodge #30 I.O.O.F., Aleppo Shriners, North Shore Shrine Club, and was a 32nd Degree Mason.

David is the beloved husband of 25 years to Mary E. (Barnett) Meena-Mason. He is the loving father of Joseph Meena and his wife Terry, Susan Kelly and her husband Richard, and Daniel Meena and his wife Nancy. He is the caring Papa of 8 grandchildren and 7 great-grandchildren. He is the dear brother of Paul Mason and his wife Nancy, William Mason and his late wife Janet, Linda Oliver and her late husband Thomas, Susan Iarrobino and her husband Donald, and the late Cynthia Sprague and her late husband Gerald, and the late Barbara Gilmore. He is also survived by many loving nieces and nephews.

Relatives and friends are invited to attend David's Funeral on Friday, September 2, 2022 at 9 A.M. from The Carr Funeral Home, 220 Bunker Hill St. Charlestown followed by his Funeral Mass at 10 A.M. in St. Mary's Church, 55 Warren St. Charlestown. His burial will be at Holy Cross Cemetery in Malden. His visiting hours will be on Thursday, September 1, 2022 from 4 to 8 P.M. in the funeral home.

In lieu of flowers, kindly make a memorial donation in David's name to: