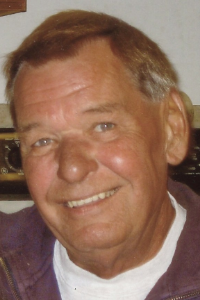 Thomas M. Kennedy, age 75, passed away on August 26, 2022 at home surrounded by his loving family. He was born on September 25, 1946 in Springfield, MA, a son of the late George and Natalie (Gill) Kennedy. Thomas served in the US Army and was a Vietnam veteran. He later worked as a letter carrier for the United States Postal Service for 36 years before he retired in 2002. He was a 3rd Degree Knight of the Knights of Columbus, Council #69 in Chicopee as well as a Member of the DAV in Chicopee. He is survived by his loving wife of 52 years, Marlene (LeBlanc) Kennedy of Chicopee; one son, Brian T. Kennedy and his wife Deanna of Fletcher, VT; one daughter Kimberly A. Kitovich and her husband Craig of Longmeadow; his sister-in-law Laura Kennedy of Holyoke also Paul Catalano of So. Hadley and four beloved grandchildren, Cameron, Madelyn, Graham and Jillian. He is predeceased by his siblings, Raymond Kennedy, Dolores Catalano and Kathleen Bunyon. All services will be private. The Grise Funeral Home is entrusted with arrangements. Memorial contributions may be made to Baystate Home Health, 30 Capital Dr, Suite A., West Springfield, MA 01089. For online condolences, please visit www.GriseFH.com.