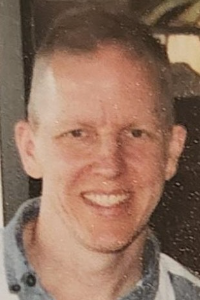 He was born in Brainerd, Minnesota on July 11, 1959, and was raised on the family farm. He graduated from Brainerd Senior High School in 1977 and Concordia College in Moorhead, MN in 1981. He received a Bachelor of Arts degree in music, with a concentration on organ and piano, from Concordia College in Moorhead, MN in 1981. He completed an undergraduate degree in computer science from the University of Minnesota and later was awarded a Bachelor of Science degree in Medical Technology from the Medical University of Charlestown, SC in 1996, and a Master’s Degree in Science from UMass Lowell in 2006. He had lived in Charlestown, SC, one year in Whitinsville, MA, and lived many years on Genevieve Lane in Webster, MA. Preceded in death by his mother, Rebecca E. Hansen

Mr. Hansen served in the U.S. Navy during the Gulf War, serving from 1991 to 1997. He served 6 years of Active Duty and was separated with an Honorable Discharge.

Bradley first worked in a group home with delayed and disabled adults and employed as a behavioral analyst in the Cambridge State Hospital. Brad became a Laboratory Technologist through military school. Upon his honorable discharge gained employment for many years at Newton-Wellesley Hospital and more recently at UMass/Memorial University Campus in Worcester.

He loved music, including bagpipes, was a splendid history enthusiast, and ran in the Marine Corps. Marathon.

His funeral service will be held September 10, 2022, at 10:00 AM in Trinity Lutheran Church, 73 Lancaster St, Worcester. Visitation will be held at the church prior to services starting at 9:00 AM. Burial with military honors performed by the Webster-Dudley Veterans Council Funeral Honor Squad, will be in Mount Zion Cemetery, Webster. Brad’s Life Celebration will be held at Andy’s Neighborhood Canteen, 9 Frederick Street, Webster, MA- all who knew him are warmly invited to attend any part of his day. Funeral arrangements are under the direction of Scanlon Funeral Service, 38 East Main Street, Webster. Donations in his memory may be made to either Trinity Lutheran Church, 73 Lancaster Street, Worcester, MA 01609 or to Trinity Lutheran Church, 1420 South 6th Street, Brainerd, MN 56401.