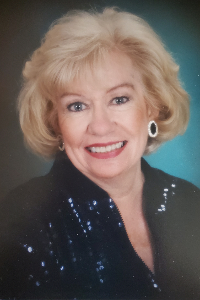 Joan M. Smith (Gaulrapp) age 84 of Canton passed away peacefully at home August 26th. Born in Boston, she was raised in S. Boston and Graduated from Cardinal Cushing High School in South Boston and Katharine Gibbs Secretarial School. Joan worked as an Executive Secretary for Boston Edison and the Federal Defenders Office for many years. She previously lived in Dorchester for many years before moving to Canton in 2013. She was a member of the BC High Single Mother’s Club and a member of St. John the Evangelist Church. Her main “hobby” was making other people happy.
Incredibly devoted Mother of Gary Smith and his wife Vickie of Florence, KY and Dana Smith and his wife Pam of Canton. Sister of the late Jack and Robert Gaulrapp. Grandmother, who delighted in her pride and joy, her grandchildren: Julianne Brown, and her husband Ben, Jacob Shook, Christopher Smith, and his wife Hannah, Victoria Shook, Lindsey Smith, Jordan Smith and Tyler Smith. She was predeceased by her longtime companion Hugh “Dan” Hamilton. Relatives and friends invited to attend a Funeral Service at the Dockray & Thomas Funeral Home 455 Washington St. Canton Tuesday at 12:00 noon. Visiting hours prior to the service Tuesday from 10:00 am to 12:00 noon. Burial St. Mary’s Cemetery, Canton.