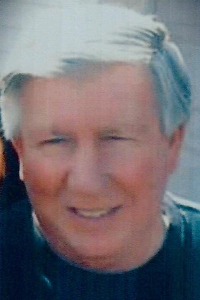 SPENCER: James R. Tobin,73, of Spencer, passed peacefully, Monday, August. 22 at his home, surrounded by his loving family. He leaves his wife of 52 years, Anne M. (Guerin) Tobin, his son; Christopher J. Tobin and his fiancée Margaret Iaccarino of Hinsdale, NH., his daughters; Dawn M. O'Gara and her husband Brian of Spencer, Tara L. Tobin Huard of Oxford and Melissa A. Mercon and her husband Steven of Warren, a sister Susan Walsh of Auburn, 9 grandchildren; Devyn, Nicholas, Elizabeth, Nathan, Dylon, Cassie, Joey, Amber and Cody, and 2 great grandchildren; Emmalynn and Aiden.
Jim was a TSA Agent at Logan Airport in Boston for 12 years prior to his retirement.
He was born in Worcester, the son of Richard Tobin and Evelyn (Jacques) Donohue. He graduated from St. John's High School in Shrewsbury. He joined the U.S. Air Force during the Vietnam War. He continued to proudly serve in the Air Force for a total of 22 years, retiring as a Senior Master Sergeant.
He was met at Heaven's Gate by his mother Evelyn. A special thanks to Beacon Hospice, especially Jenna and Sarah.
Private funeral services and burial with Military Honors will be held in Worcester County Memorial Park, Paxton.There will be a Celebration of Life open house on Sunday, September 4 at 2:00p.m. at Pine Ridge Country Club in Oxford.
In lieu of flowers, memorial donations may be made to The Association for Frontotemporal Degeneration, 2700 Horizon Dr., Suite 120, King of Prussia, PA 01406.
The J.Henri Morin & Son Funeral Home, 23 Maple Terr., Spencer is directing arrangements for the family.