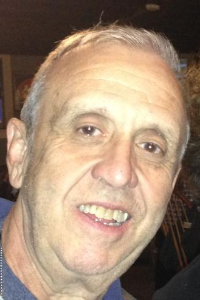 A native of Boston, Massachusetts, John was born on January 28, 1940. John grew up in South Boston, Mass. He graduated from South Boston High and went to work for Insulators Local 6 Union, working as a Pipe coverer for many years. Later he worked at Deaconess Beth Israel Hospital in Boston. He enjoyed spending time with his grandchildren on Cape Cod and skiing the slopes of Sugarloaf Mountain in Maine.

John’s booming laugh and love of conversation will never be forgotten. John would often visit and chat with people at work, on the ski slopes, and with family members. He was a great listener and loved to ask questions to learn about others’ life experiences. His sincerity was always evident in these conversations.

In lieu of flowers, the family requests that donations be made to Autism Speaks at https://www.autismspeaks.org/ or by mail to Autism Speaks, 1060 State Road, Second Floor, Princeton, NJ 08540