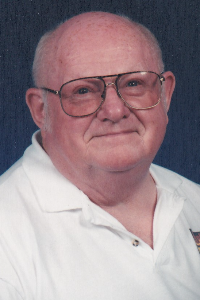 He leaves his loving wife of 50 years, Annette I. (Neason) Gion; 3 godchildren, Robert Meagher, Kelley Hamill and Tara Galante; and many nieces, nephews, cousins and friends. He also leaves his cat Dora.

He was born on September 28, 1936 in Webster, the son of Walter G. and Elizabeth M. (Meagher) Gion and was a lifelong resident of Dudley. He graduated from Bartlett High School in 1955.

Mr. Gion was an engineering supervisor at the former Lodding Engineering in Auburn. He then worked constructing decks and roofs for 10 years. He owned and operated Walter’s Painting & Wallpapering Company for several years before retiring in 1998. He also was the part-time as the janitor at Saint Anthony’s Church in the 1990’s.

He was a member of Saint Anthony of Padua Church. He supervised the building of his home. He enjoyed creating stained glass and brewing his own beer and wine. He liked fishing, boating, hunting and tending his garden. Most of all, he loved spending time with family and friends.

His funeral will be held Wednesday, August 31, from Scanlon Funeral Service, 38 East Main Street, Webster, with a concelebrated Mass at 10:00 AM in Saint Anthony of Padua Church, 24 Dudley Hill Road. Burial will be in Mount Zion Cemetery, Webster. Visitation will be held from 4:00 to 8:00 PM Tuesday, August 30, in the funeral home. Donations in his name may be made to either the Dudley Police Department, West Main Street, Dudley, MA 01571 or to the Webster-Dudley American Legion Post #184, Houghton St., Webster, MA 01570.