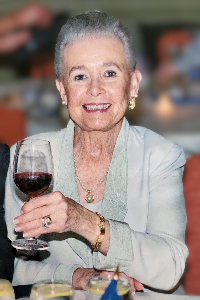 Jacqui attended Holy Cross Academy and Emmanuel College both in Boston, MA. She later went on to receive a master’s degree in education from Curry College in Milton, MA where she was the keynote speaker for her graduating class. She began her career in teaching after her marriage to the late Robert F. Sefton. While raising her family, Jacqui opened the Ponkapoag Kindergarten in her home where she taught until her youngest child entered school. Her professional career would continue for 34 more years at the Dean S. Luce in Canton, MA. There she taught fourth and fifth grade and in her final years she went on to be the Vice Principal. Teaching was her passion and brought her great joy. Her children were often approached by former students saying, “Mrs. Sefton was my favorite teacher”! An educator always, her favorite expression to her grandchildren was “Be smart, Nani loves you”!! Upon retirement, Jacqui’s strong work ethic and her love for being active led her to work for her daughter in property management, not fully retiring until the age of 85. Jacqui loved to travel with friends and family and frequented the tropical islands. She was an avid reader, a master of the crossword puzzle, and loved to play cards. Jacqui loved speaking with and learning about people and it was no surprise to her children how often their friends and associates would always make sure Nani was a part of any event. Jacqui was also known to look forward to the 5 o’clock bell ringing so she could finish her day, enjoy her signature martini with 3 jumbo olives (which she always shared), catch up with the daily events and make the telephone rounds checking on her family and friends.

Jacqui, Mom, Nani your goodness, your caring, your wisdom lives on.