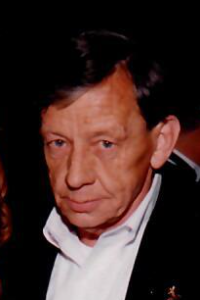 William D. "Bill" Enos, a lifelong resident of Charlestown, entered into eternal life on Tuesday, August 16, 2022 at The Brigham House in Watertown. He was 78 years of age.

Bill was born in Boston on December 24, 1943, a son of the late John Enos and Helen (Walsh) Enos. He grew up in Charlestown where he was educated throughout the Boston Public School system. Bill worked as a Truck Driver and was a proud member of Teamsters Union Local # 25 for over 30 years. He was a member of Bunker Hill Council # 62, Knights of Columbus. He could be seen on many days riding his motorized chair scooter with his beloved dog Cosmo in the basket around the streets of Charlestown.

Bill's Funeral Services and burial at Woodlawn Cemetery in Everett will be private.