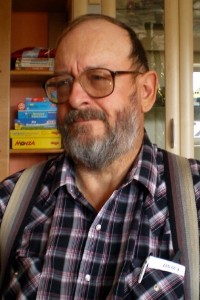 Phillip “Neal” Barnhart, our dad, grandfather and husband to Thelma Barnhart, went to be with our heavenly father on August 8, 2022 at the age of 78. Neal was born on November 26th 1943 in Prosser to father, Phillip Guy and mother, Esther Eva. Neal’s parents had a total of seven children, four boys and three girls; brothers, Robert “Bobby “and Charles “Charlie”, who preceded him in death and Michael; and three sisters, Kathleen Williams, who preceded him in death, Mary Lou Bryant and Sandra Avila.
Neal and Thelma Lou Morris were married on July 20, 1980 and had just celebrated the 42nd wedding anniversary.
The couple has three children and seven grandchildren. The oldest, Michael James Barnhart and his sons, Jonah Neal and Julian Taylor; son, Jason Neal Barnhart and wife, Tabitha and their sons, Kevin and Andrew “Andy; and daughter, Jennifer Shawna Barnhart and her children, Michael, William and Shawna.
After marrying Thelma, Neal took Michael as his son. At the age of three Neal adopted Michael as his own son and his last name was changed to Barnhart.
Neal grew up on the family farm in Grandview, attended school in Grandview and graduated from Grandview high school in 1964. Besides running and working on the family farm for many years, he worked on wheat farms in the Walla Walla area, ran a Yakima Herald newspaper route for eight years and drove semi-truck for many years.
Neal loved his family, wife, children and grandchildren, and siblings very much.
Neal would often say to his children “try to get along with one another”.