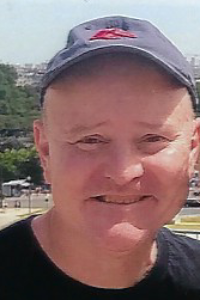 Edward J. Girvan, age 63 of Canton passed away August 12th. Born in Boston, he was raised in Roslindale and graduated from Xaverian Brother’s High School and Babson College. He worked as a Bank Analyst and Project Manager for Citizen’s Bank for many years. Ed was an Eagle Scout and after graduation from college he took a solo cross country bike trip from the West Coast to Massachusetts. He enjoyed traveling with his family and playing the guitar and harmonica.
Beloved husband of Janet (Curry). Father of Jay Girvan of Canton and Allison Girvan and her partner Phil Noonan of S. Easton. Devoted son of Edward J. Girvan of Roslindale and the late Patricia (Graney) Girvan. Brother of Patricia Girvan and her husband Kevin O’Leary of Roslindale and Kim Tucker and her husband Michael of Henniker, NH. Also survived by several nieces and nephews. Visiting hours at the Dockray & Thomas Funeral Home 455 Washington St. Canton Tuesday from 4:00 to 7:00 pm. Funeral Mass at St. Oscar Romero Parish, Canton Wednesday morning at 10:00. Burial St. Mary’s Cemetery, Canton. In lieu of flowers donations may be made in his memory to the Multiple Myeloma Research Foundation at www.themmrf.org