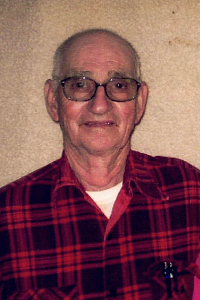 DeLane Thomas Stewart, age 88, entered into rest on August 9, 2022 at his home in Prosser. He was born on April 29, 1934 in Yakima, Washington to Thomas and Nina (Hulme) Stewart. He was raised and educated in Toppenish and then enlisted in the US Air Force where he served for four years. He was honorably discharged in 1956 with the rank of Sergeant. While in the Air Force, he learned to weld. After his discharge he worked at the Naval Ship Yard in Bremerton. Around 1970, he settled in Prosser and started his own welding business and also worked for Twin City Foods until his retirement on June 1, 1996.
DeLane and Patsy Mathis were married on July 31, 1954 in Greenville, South Carolina.
DeLane loved hunting, fishing and building things. He also enjoyed playing the guitar with friends. He was an active member of the Eagle’s.
DeLane is survived by his wife, Patsy Stewart of Prosser; brother, Ron Thomas of Poulsbo, Washington; children, Rickey Stewart of Ottis Orchard, James and Carol Stewart of Benton City, Susan and Thomas Powell of Kennewick, Thomas and Johanna Stewart of West Richland and Robin and Todd Jorgensen of Selah; and numerous grandchildren and great-grandchildren.
He was preceded in death by his father, Thomas Stewart; mother, Nina Miller; sisters, Mary Ann Cook and Francis Green; and son, David Stewart.
A celebration of Delane’s life to be announced.
You may leave a message for the family at www.prosserfuneralhome.com