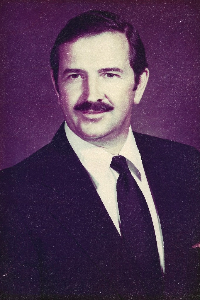 Roger Spencer Barous, a resident of Seabrook, New Hampshire and beloved husband of the late Margery Davenport (Ricker) Barous, passed away at his home on Wednesday afternoon, August 10, 2022. He was 87 years old.

Born in Brooklyn, New York, and raised in Lawrence and Andover, he was the beloved son of the late Francis and Constance (Ryan) Barous. Roger was a US Air Force veteran, entering the military after serving in R.O.T.C.AF in high school and college, and receiving his Honorable Discharge at the rank of Captain from Schilling Air Force Base in Salina, Kansas. He served during the Cuban Missile Crisis and at the beginning of the Vietnam conflict. While in the Air Force, Roger was a Bomber Pilot with the US Strategic Air Command (SAC). Roger was awarded the Longevity Service Award for his exemplary service. Following his military career, Roger became a commercial airline pilot for Pan American, a career he loved for more than 26 years. After retiring from Pan American, he started a successful realty company with his beloved wife Margery out of Ipswich where they had lived for many years and raised their family. During this time, Margery and he enjoyed traveling and cruising on Holland America together.

In his spare time, he enjoyed fishing, bird and butterfly watching, geology, gardening around his home, and watching college and professional football and old-time Westerns on television. Roger was also a superb handyman and a smart spender, and was at his happiest when helping family, friends, or neighbors with difficult household projects or financial advice. He was an All American football and baseball player in high school and college, and was well known for scoring the winning touchdown to beat Harvard in his sophomore year at University of Massachusetts (UMass), Amherst. Roger went on to earn his BA Business Administration from UMass. He will be dearly missed.

Funeral Services will be privately held. Arrangements have been entrusted to the Burke-Magliozzi Funeral Home of Andover. In lieu of flowers, please consider placing a donation in the name of Roger S. Barous to either the New Hampshire chapter of the Audubon Society at nhaudubon.org or to his hospice provider Cornerstone at cornerstonevna.org. For additional information, please visit, www.burkemagliozzi.com.