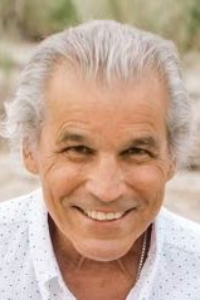 Robert G. Introini, age 68, of Mansfield, passed away in the comfort of his home, surrounded by his loving family on Wednesday, August 10, 2022. He was the beloved husband of the late Sharon E. (McCarthy) Introini, to whom he was wed for twenty-nine years at the time of her death on November 21, 2010.

Bob grew up in the Brighton Neighborhood of Boston. He was a 1971 graduate of Don Bosco High School, where he was a standout football and baseball player and an inductee to their sports Hall of Fame. He continued his studies, graduating with a bachelor’s degree from the University of Rhode Island where he was a valuable member of the URI football team for all four collegiate years.

A resident of Mansfield for the past thirty-eight years, he was employed as a driver for the United Parcel Service (UPS) and also worked as a Game Day Concessions Manager at Boston College for over twenty-five years.

Bob was a loving and devoted father and husband. He cherished time building lifelong memories with his family -- at sporting events, beach vacations, and late nights at home sharing stories and laughs. Bob was an avid Mansfield and Boston sports fan and for decades collected sports memorabilia. Following retirement, Bob became a Cornhole and Bocce enthusiast – he loved building Cornhole boards and competing in his Bocce league. Bob will be fondly remembered by his friends and family for his smile, loyalty, caring nature, and the meticulous love and care he showed to his yard!

He is survived by his caring children: Jessica Johnston and her husband Tim of Castle Pines, Colorado, Jenna Introini of Mansfield and Robert “Bobby” Introini of Mansfield. He was the cherished and proud grandfather of Grayson, Rhys and Ellie Johnston. He was the loving companion of Ann Pepper of Worcester. He was the dear brother of Richard Introini of Georgia, Susan MacDonald of California, Maureen Kamm of Marlboro, Judy O’Brien of South Carolina, Terri Douglas of South Carolina and is also survived by his loving nieces and nephews.

His Funeral Mass will be celebrated on Wednesday, August 17th at 11:00 A.M. in Saint Mary’s Church, 330 Pratt Street (Route 106) Mansfield. Burial will be private.

In lieu of flowers, Robert’s family has requested that donations in his memory be made to the Sharon M. Introini Scholarship Fund, care of, Bluestone Bank, 80 North Main Street, Mansfield, MA 02048.