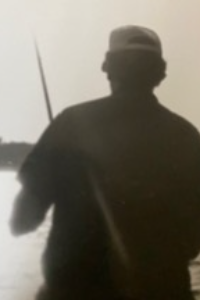 Dudley
Albert C."AL' Axtman 79, passed away August 5, 2022 at Webster Manor, He leaves his wife of 55 years Ann L. (Pappas) Axtman, 2 sons, Chris A. Axtman and his fiance Tracy Williams, of Dudley and Charles F. Axtman and his wife Kimberly of Pennsylvania, 2 grand children; Amber and Nathan, numerous nieces and nephews.
Al was born October 26, 1942 son of the late Louis and Jenny (Hunt) Axtman and was also predeceased by brothers and sisters.
Al served his country in the US. Air Force during the Vietnam War.
He earned his Associates Degree from Wentworth Institute in electronic engineering, He was a project manager at Digital Corporation, later he operated the Big Apple in Webster.
Al was an avid semi-pro fisherman, liked playing cards, and was an entrepreneur.
There are no calling hours.
Graveside Services will be Saturday August 20, 2022 at 11 AM in Mt. Zion Cemetery , The W-D Veterans; Council will do Military Honors.
The ROBERT J.MILLER FUNERAL HOME and LAKE CHAPEL, 366 School St.,is Honored to be assisting the family with arrangements.