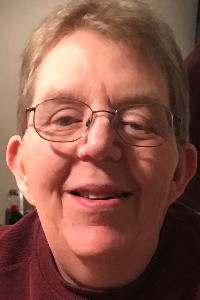 Another Star was added to the Sky, August 1st, as Ron passed away at Our Lady of Fatima Hospital. Ron, previously of Scituate, RI, recently moved to Smithfield. Ron was the son of the late Gene R. and Lynne D. Meleleu.

He leaves, a brother Daniel Meleleu, sister-in-law, Irene Meleleu of Cumberland, and a niece, Rachael Malley of Coventry.

Ron graduated from Cranston East High School and the Community College of Rhode Island. Ron was a dedicated, hardworking member of The US Postal Service, Main Office Providence. Ron could often be found 20-30 feet in the air harnessed to a scissor jack. During his tenure at the Post Office, he met some amazing people that would become lifelong friends and supporters.

After retiring, Ron’s days were kept full bowling, playing cards, pool, and bingo. His friends and family were truly what he lived for. He loved keeping in touch. I think speed dial was his favorite tool, and I know all of us will miss his calls.

Visitation will be held Saturday, August 6th from 9-10:30am in the Anderson-Winfield Funeral Home Rt 44 at Greenville Common, Greenville, followed by a graveside Funeral service in Acotes Hill Cemetery, Chepachet at 11am. In lieu of flowers, please donate to the American Heart Association in memory of Ron.