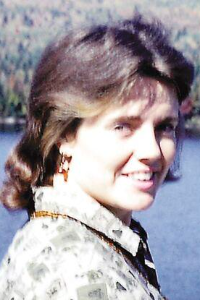 Dr. Billin was born July 11, 1934, in Galt, Ontario, Canada, the daughter of Allan and Elizabeth Pringle. At the age of 18, she enrolled in Ontario Veterinary College, which had graduated only 29 women in the 29 years it had been admitting them. She was assigned a seat in front of a student from Pennsylvania: Robert Billin. “It was love at first sight” for them both, she said. They married before their final year of school.

After graduating together as Doctors of Veterinary Medicine and Veterinary Surgeons, they moved to New Hampshire, where in 1958, she became the first woman licensed to practice in the state. She and her husband worked for the Concord Animal Hospital for two years and then opened their own practice — the Laconia Animal Hospital— in the renovated garage of their first home. They later moved to Gilford and built a brand-new hospital there. As their family grew to what would ultimately be nine children, she practiced medicine less often but maintained her license. She and her husband owned the Laconia Animal Hospital, known in later years as The Village Vet, for 40 years.

She raised her children on the 12-acre farm in Gilford with intention and love, teaching them to tend the family’s large, organic garden and care for horses, dairy goats, sheep and chickens. A sign in her home read: “Children do not interrupt my work. Children ARE my work.” She wrote books for her family about stories from her life and theirs, and would send them cards and letters from “Someone Who Loves You.”

She was a deeply spiritual person, with a keen interest in wholistic medicine and the power of the mind. Her personal creed, “I am the breath of every living creature,” invoked the connection she saw in all beings. She read, studied, drummed, painted and sculpted.

She spent the summers of her childhood at a lakefront camp, and lived by the water for the latter part of her life. Loons serenaded her nights, and her last days were spent sitting on her deck watching them raise their chicks. As she prepared for her impending death, she told her family: “Tell them I’ve gone to Innisfree.” It was a reference to one of the many poems she could recite from memory, about yearning for the sound of water lapping on the shore of Ireland’s Lake Isle of Innisfree.
She was cared for in her home by family for the last two months of her life, and after she passed away, she was buried next to her husband in a casket built by her children and grandchildren, as she requested.

She was predeceased by her husband; her brother, Robin Pringle; and her daughter-in-law, Cami Billin. She is survived by her children and their spouses, Hasani Abbott of Gig Harbor, Wash.; Daniel and Janice Billin of Lebanon; Aaron and Karen Billin of Cody, Wyo.; Michael and Rebecca Billin of Meredith; Jesse and Jocelyn Billin of Tamworth; Samuel and Julie Billin of Spring Creek, Nev.; Benjamin and Linda Billin of Plymouth; Rachel Billin of Moultonborough; Chavah Billin and Piper Crisovan of Brattleboro, VT. She has 37 grandchildren and 22 great-grandchildren.

The family invites those who wish to honor her memory to tell people what she often did: “You are loved.”