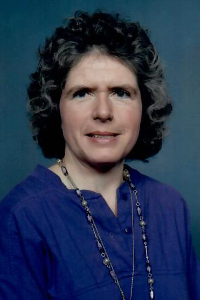 LEICESTER: Marjorie A. "Midge" Cooper, 80, of Henshaw Street in the Rochdale section of Leicester died Sunday, July 31 in her home after an illness.

She leaves three brothers; James Cooper, David Cooper and Richard Cooper and his wife Lisa all of Rochdale, a niece Caitlin Cooper, two nephews; James and Adam Cooper, who were like grandchildren to her, two grand nieces; Ellie and Charlotte and one grand nephew Logan, and many lifelong friends.

Midge was born in Worcester, daughter of James H. and Hazel M. (Cornell) Cooper. She graduated from Leicester High School and went on to attend U-Mass Amherst. She turned her hand to many jobs at her family’s farm, Cooper’s Hilltop Farm. She milked cows, drove tractors, and later ran the farm store for many years. She also shared her knowledge and love of agriculture through many field trips and tours of the farm.

She had a deep passion for agriculture, education and her community. This shone through especially with her volunteerism. She had leadership roles in a variety of organizations including Agriculture in the Classroom, Worcester County and Massachusetts State Farm Bureau, Worcester County Conservation District, Board of Trustees Eastern States Exposition (BIG E), New England Producer Handler Association, Leicester Savings Bank Fund, Massachusetts Envirothon and Old Sturbridge Village Being a lifelong and civically minded resident of Leicester, Midge served on many town boards over the years, and would rarely miss a town meeting or election.

Midge also partook in many different hobbies. She was an avid gardener, spending many summer afternoons tending her crops. Many of her friends were recipients of the letters she lovingly wrote. Paired with her love of writing was her enjoyment of reading and fondness of British television shows.

The family would like to thank Susan Miller and Tara Letourneau for their attentive and devoted hospice care.