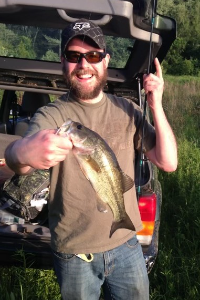 Born in Framingham, November 9, 1986, the beloved son of Paul and Dale (Brown) Quinn of Franklin, Rob was raised in Franklin and had lived in Worcester for the past 7 years.

He was a graduate of Franklin High School, year 2005. While enrolled, he was also awarded an Outstanding Academic Achievement For Excellence in Technology Education.

Rob started his career at the early age of 15 within his passion of bikes at Bicycles Plus in Franklin and worked there for many years. He progressed within his career where he had worked as a talented and successful bike mechanic for Landry’s Bicycle shop at both the Natick and Worcester locations. For several years, he worked diligently with Landry’s to support the Pan-Mass Challenge, a bike-a-thon raising money where 100% of proceeds are donated to the Dana-Farber Cancer Institute.

He had many passions that he enjoyed throughout his life including riding bikes, hunting, building and racing R.C. Cars and was a lifetime member of the NRA. Rob also enjoyed the art and thrill of fast and antique cars; but what Rob loved immensely, was fishing. As an avid and talented fisherman, he loved being outdoors and often felt most at peace around lakes.

Rob was an incredibly smart man with a great sense of humor. His silliness and humor were truly contagious, and he had the gift of being able to make anyone laugh. He was a compassionate man and was someone who truly cared about others. Rob had fought a long battle with alcoholism eventually succumbing to the disease’s complications. Rob remains unconditionally loved and will be missed by so many.

In addition to his parents, Rob is survived by his sister Dr. Lisa Quinn of Marlboro, as well as many friends and family who all love him dearly.

A celebration of Rob’s life will be held in the Ginley Funeral Home of Franklin (www.ginleyfuneralhomes.com) 131 Main Street, Franklin Saturday, August 20 from 3-6 pm.

Following, the family invites all to the Medway VFW , 123 Holliston Street, Medway for food and continued gathering.

In lieu of flowers, donations may be made in his memory to support his passion of the PAN-MASS Challenge - The Hundred Percent Fund found at the following link: https://donate.pmc.org/TF0126