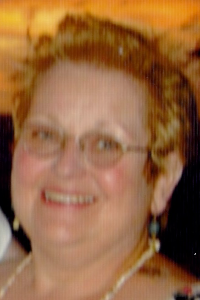 
Jane Elaine Ellison of Norton died suddenly at home Friday, July 29, 2022, one day after her seventy-ninth birthday. She was a four-and-a-half-year survivor of liver cancer but took a recent turn for the worse. She was the beloved wife of Herbert R. Ellison to whom she was wed for over thirty-one years.


Jane graduated from Simmons School of Floral Design in 1961 and since that time she worked as a designer for many of the leading flower shops in the Boston area. Some of them include F.T. Curly of Boston, Seltzer’s Garden City of Newton, twenty-five years at Curly Flowers in Sharon, and Colleen’s Flowers in Boston. She then free-lanced for various shops and started her own business, Flowers By The Lake, doing special occasion work. During this latter period, she taught classes at the Norton Public Library. Altogether, Jane was a professional designer and teacher for over forty-five years.


Her love of flowers led to her being asked to join the Norton Library Committee in 1998 and she was soon asked to chair this group. Helping to select an architect, organizing fund raising trips for people to see Broadway shows such as The Lion King and The Radio City Music Hall Christmas Show, and dealing with local red tape, kept her busy and happy.


Jane and her brother were horse lovers and they owned horses that were stabled at their parents’ home on South Lakeview Rd. (before it was paved).


She and her husband loved to travel which led to several cruises including Alaska and Norway. But their favorite was Hawaii, especially Maui in January (husband Herb was free from teaching duties at Wheaton College) when the Humpback Whales were visiting. She and Herb also enjoyed canoeing on the Norton Reservoir.


Her funeral service will be held on Friday, August 5th at 10:00 A.M. at the Sherman & Jackson Funeral Home. Burial will follow at the Timothy Plain Cemetery in Norton.


In lieu of flowers, Jane’s family has requested that donations in her memory be made to the Norton Public Library, 68 East Main Street, Norton, MA 02766