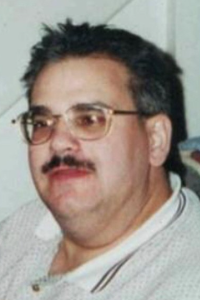 Steven Santopietro, 63, formerly of Simmonsville Avenue in Johnston passed away Friday July 15th surrounded by his family at Overlook Nursing Home in Burrillville.

Born in Denver Colorado, a son of the late Salvatore and Dorothy (Pelletier) Santopietro. Steven spent his younger years in Germany and Delaware until they settled in Greenville Rhode Island living on Slacks Pond, where he called his home. In later years Steven moved to Simmonsville Avenue in Johnston.

Steven Graduated Smithfield High School in 1976 before enlisting in the Air Force during the Persian War. He later received an Honorable Discharge. He then went on to work at Logan Airport for many years.

Steven was a book worm spending most of his time at Greenville Public Library, Other times he could be found reading airplane brochures or watching Jeopardy with his family answering every question as if he was on the show, and on Sundays he would enjoy playing cards with his aunts.

Visitation will be held Saturday July 30th from 11am to 1pm in the Anderson-Winfield Funeral Home, Route 44 at Greenville Common, Greenville, RI. A prayer service will be held at 12:30pm. His burial will be private. In lieu of flowers donations in his memory may be made to the Michael J Flanagan Foundation www.mikesfoundation.com Michael J Flanagan Foundation which provides comfort items to leukemia patients undergoing chemotherapy.