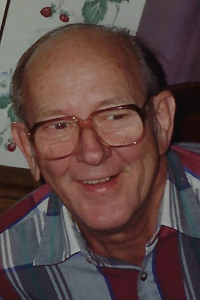 John E. Aberts of Stoughton, formerly of Canton passed away July 13th. Born in Wellston, OH, he was raised in Mansfield, OH and graduated from Mansfield High School. He worked as a Master Electrician for the Arch Diocese of Boston for several years before retiring. He has lived in Stoughton since 2005 and previously lived in Canton for many years. In his free time he enjoyed listening to music, singing and he always enjoyed a good meal. Beloved husband of the late Doris R. (Travostino). Father of Judith A. Corrigan of Stoughton, Sandra E. Zaniboni of Canton, and the late Jean M. Marathas. Grandfather of Chrissy McFayden,, Katie Corrigan, Elizabeth and Amy Zaniboni and the late James Marathas. Also survived by 6 great grandchildren and 1 great, great granddaughter. He was predeceased by 7 brothers and 1 sister. Funeral Mass at St. Oscar Romero Parish (formerly St. John the Evangelist Church), Canton Tuesday morning at 10 am. Burial private. In lieu of flowers donations in John's memory can be made to St. Jude Children's Hospital.
St. Jude Hospital