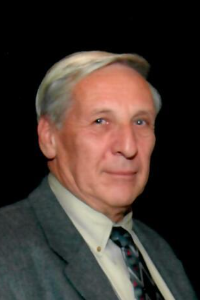 Anthony was the son of the late retired Boston Fire Department Lieutenant Anthony J. Langone Sr. and June (Marszalek) Langone and brother to the late Michael and retired Boston Firefighter Stephen Langone. Also brother to Constance and Deborah Langone. Uncle to Jillianne, Brendan, Gregory, Jaqueline and Emery LaVallee as well as Godfather and Uncle to Justina Langone and her partner Michael Gallo. Best friend to Cathy and Billy Mahoney.

Anthony was in the United States Airforce and worked at R.H. Scales. Tony was an avid sports fan, rooting for all the Boston pro teams, plus Boston College football and Boston University baseball. After his military obligation, Tony became an active member of the Boston Park League, serving in different capacities on various teams, mainly from the Mattapan area of Boston. In 1981, Tony joined the Larkin Club out of Cleveland Circle in Brighton and became the team’s General Manager, overseeing finances and player personnel. He was with the team when they accomplished a “Three-peat” championship run in 1995, 1996 and 1997. In 2006, Tony was inducted into the Boston Park League Hall of Fame. He stayed with the franchise until 2015, retiring after over fifty-five years of Boston Park League involvement. Tony was well respected and will be deeply missed by all of the collegiate and semi-professional players along with the fans he came in contact throughout his amazing career.

Relatives and friends are invited to attend Tony's visiting hour on Tuesday, July 26, 2022 from 10 A.M. to 11A.M. in Saint John's Chrysostom Church, 4750 Washington Street West Roxbury, MA 02132 followed by his Funeral Mass at 11 A.M. His burial will be private.

In lieu of flowers kindly make a memorial donation in Tony’s name to the: