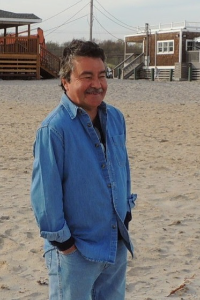 
Dominick S. Fanelli, 68, of Narragansett, RI passed away unexpectedly after a brave battle with cancer on July 3, 2022.

Dominick was born in 1954 to the late Nicholas and Alma Fanelli. He grew up in the Bronx, NY and couldn't be more proud of it. During his teenage years he met Joan Ann Myers who later became his wife of 40 years. Dominick worked most of his life as a building engineer for Trefoil Park.

Dominick and Joan were proud to purchase a home near and dear to their hearts in Narragansett, RI where many family memories were made. This was a dream come true to both and when visiting Dominick would make sure you ate lobster and saw an ocean sunset every time. Dom was very handy and would often enjoy lending a hand fixing or working on small household projects. He enjoyed reminiscing about past times and old movies with those around him most.

Funeral Service will be private. In lieu of flowers, donations may be made to St. Jude's Children's Research Hospital.