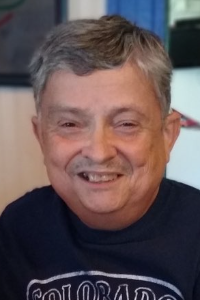 Richard P. Couture, 72, formerly from Manchester, NH passed away in Zephyrhills, FL. at Gulfside Hospice Center on June 19, 2022 after a valiant battle with pulmonary fibrosis. He had been a Florida resident since 2013. He was born in Manchester, NH on November 18, 1949, the son of the late Albert E. Couture Sr and Bernadette (Larochelle) Couture. He graduated from Manchester Memorial High School in 1967. He was employed by the Bank of New Hampshire for 18 years lastly as Branch Manager at the South Beech branch. He was employed by Peterborough Savings Bank, Consumer Credit Counseling Service and Granite State Shuttle Services before retiring in 2011. Richard loved nature and he enjoyed drives to the mountains in New Hampshire where he lived for many years. He was an avid hiker and hiked 47 4,000 foot peaks, sometimes twice. He loved to ski, snowshoe, play computer games, music and drive to Ogunquit, Maine to walk the Marginal Way. He particularly loved his cat Christopher Cloud “Cloudy.” He is survived by his wife of 39 years, Rosemary (Clare) Couture; brother Maurice (Moe) Couture and his wife, Doris (Dion) Couture of Bedford, NH; sister, Irene Morrissette of Zephyrhills, FL; sister-in-law Laurette (Spenard) Couture and long time friend of 50 years, Seth A. Smith. He is survived by many nieces and nephews. He was preceded in death by his brothers, Albert E. Couture Jr, Raymond A. Couture and Roger L. Couture. Services will be held at the discretion of the family.
For more information and online guestbook please visit www.bouffordfuneralhome.com.