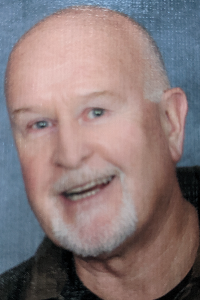 Daniel “Danny” C. McCormick, 72, of Mapleville, passed away Monday, June 20, 2022 surrounded by family at Fatima Hospital after a brief illness. He was the beloved husband of Christina “Tina” (Rocco) Caldwell-McCormick.

Danny was a 1968 graduate of Smithfield High School. He began his career at Electric Boat in Quonset Point in 1974 and was a dedicated employee who worked there as a Fabricator/Welder on submarines for 41 years (including many weekends). He was frequently recognized with awards for the quality of his work. Upon his retirement in 2015, he was honored and humbled when his fellow workers formed an honor guard for him, and banged on the hull of the submarine to ring him out into retirement.

Danny was known for his terrific sense of humor and ability to brighten up any room. He was considered quite a “character” and “one-of-a-kind” who was frequently unfiltered and mischievous. He was a loyal friend, proud of his family, and madly in love with the love of his life, Tina. Always a child at heart, he was a favorite Uncle to many nieces and nephews. Danny was a lifelong learner as a result of his passion for reading and staying abreast of current events and world affairs. He was an avid New England and college sports fan, who could easily recite an array of statistics about various players, teams, games and championships. After marrying Tina, Danny became quite the animal lover, completely enjoying life with their dog, Bella, and parrot, Gonzo. Although he appeared to be a strong tough man, he also had a gentle heart, even helping free baby mice that had nested in his grill. Danny also had great artistic ability that began with doodling in his youth, and evolved to cartooning and personalized cards and invitations for his friends. In addition, he enjoyed continuously developing his carpentry skills, including: building a deck, exterior stairs, and his rolling barn door. He was smart, kind, humble, thoughtful, generous, and, of course, funny, and will be missed by many.