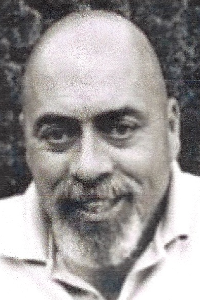 Robert S. Salvo, Sr., age 63, of Norton, passed away unexpectedly on Tuesday, June 21, 2022 at the Sturdy Memorial Hospital in Attleboro. He was the beloved husband of Dawn M. (Lamagno) Salvo, to whom he was wed for nearly forty-one years.

Born in Stoughton, MA on December 28, 1958, he was a loving son of the late John and Helen (Moulton) Salvo.

Bob grew up in Easton and was a graduate of Oliver Ames High School. He had made his home in Norton for the past thirty-nine years and was the proud owner of S & L Construction, a business he founded and operated, with the help of his family, for the past thirty-five years. He was a communicant of Saint Mary’s Church in Norton, a member of the Knights of Columbus and the Fraternal Order of Police.

Bob loved spending time with his adoring family, especially attending his grandchildren’s event, who were the twinkle in his eye. His other hobbies included riding motorcycles, gardening, cooking and grilling outdoors. His untimely death has left a great void in the life of all who knew and loved him but the lifelong memories he created will last forever.

In addition to his wife, he is survived by his devoted children: Ryan J. Salvo of Norton, Robert S. Salvo, Jr. and his wife Nicole of Taunton and Courtney J. McClellan and her husband Adam of Norton. He was the cherished grandfather of Dante, Paisley, Brayden, Brody, Elliana, Kinsley and Blake. He was the dear brother of Guy R. Salvo of Colorado, George Salvo of Maine, Mary B. Lyons and her husband Dan of Swansea and Florida and the late Judy Perez and John W. Salvo. He is also survived by his loving nieces, nephews and friends.

Relatives and friends are cordially invited to attend visiting hours on Saturday, June 25th from 4:00-7:00 P.M. at the Norton Memorial Funeral Home, 19 Clapp Street (Off Route 140, Taunton Avenue) Norton. Burial will be private.

In Iieu of flowers, Robert’s family has requested that donations in his memory be made to the Fraternal Order of Police (F.O.P), 250 East Main Street, Suite 19, Norton, MA 02766.