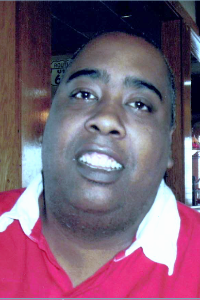 Shawn Eric Greene, 49, of Manchester, NH, passed away Sunday, June 19, 2022, at Elliot Hospital in Manchester, after a period of declining health. He was born February 12, 1973, in Cleveland, OH and was a son of Marie (Ross) and Dr. Oscar H. Greene, Jr. Shawn was raised and educated in Londonderry, NH and was a 1992 graduate of Londonderry High School. Shawn was a resident of NH for the past 44 years.

Shawn was employed in a variety of jobs during his work life. He especially liked working maintenance at Elliot Hospital. Shawn loved to play and watch basketball, football, and baseball. He was a member of the Londonderry Varsity Basketball team and loved to root for the Lancers as well as the local professional teams.

Shawn is survived by his mother Marie (Ross) Greene of Londonderry. He was predeceased by his father, Dr. Oscar H. Greene, Jr. in 2016, his younger brother, Jeremy Greene, in January of this year, by his grandmother Ruby (Frierson) Greene in 2011 and by his 104 year old grandfather, Oscar H. Greene, Sr. who passed Thursday, June 16, 2022.

Following cremation, a celebration of Shawn’s life, will be held on Friday July 29, 2022 at 11:00am at the First Church, UCC, 1 Concord Street, Nashua, NH. A private burial will be held at Pillsbury Cemetery in Londonderry at a later date. In lieu of flowers, memorial donations may be made to the Manchester Mental Health Center of Greater Manchester, 1555 Elm St., Manchester, NH 03103 or www.mhcgm.com or to the American Heart Association National Center, 7272 Greenville Ave., Dallas, TX 75231. The Peabody Funeral Homes and Crematorium are assisting the family with arrangements.