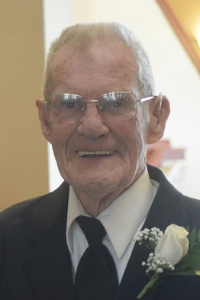 Manchester-Marcel A. Goupil, 84, died June 15, 2022 at his home following a brief illness.
He was born in Stoke, Quebec, Canada on August 25, 1937 the son of Michel and Honorine (Girard) Goupil.
He worked for Northeastern Carpenters Union for many years before retiring from Kalwall Corporation in 2004.
He was predeceased by his Wife of 43 years, Priscilla (Lemire) Goupil who passed away in 2011.
Members of his family include his daughter, Janet Scarafile and her husband Steven, his son, Ronald Goupil and his wife Kim.
Grandchildren include Phillip, Christopher, and Katie Scarafile. Lexie (Scarafile) her husband Ryan Michaud, and Victoria Krideras, all of Manchester.
Three brothers, Gabriel Goupil of Thetford Mines, QC, Rolland Goupil and his wife Huguette of Sherbrooke, QC, Claude Goupil of East Harford, CT.
Two sisters, Mariette Goupil Provencher of Bishopton, QC. Louise Goupil and JP Roy of Saint-Augustin-de-Desmaures, QC. He was predeceased by a brother Raymond Goupil.
Calling hours will be on Wednesday, June 22, 2022 from 11:00 am to 12:30 pm at J. N. Boufford & Sons Funeral Home, 110 Bridge St. A prayer service will follow at 12:30 pm in the funeral home.
In lieu of flowers memorial donations may be made to St. Jude’s Children's Hospital.
For more information and online guestbook please visit www.bouffordfuneralhome.com.