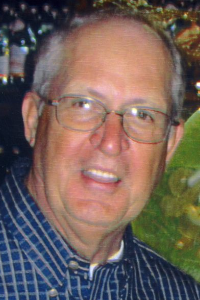 Gerard Robert Beaudoin of Hooksett passed away peacefully at Mount Carmel Nursing Home in Manchester, New Hampshire on Tuesday, June 14, 2022 at the age of 85. Gerard, or Gerry, as he was known by his family and friends, was born and raised in Goffstown, New Hampshire on July 6, 1936. He was the youngest son of Emile and Alma (Therrien) Beaudoin. He graduated from St. Mary High School in Manchester in 1954, and he then attended Saint Anselm College. He served in the Air National Guard at Grenier Field in Manchester during the 1950’s. He continued with his education in Worcester, Massachusetts where he became a certified registered nurse anesthetist. He started his career in medicine at Saint Joseph Hospital in Nashua where he met the love of his life. He and Claudette (Chevrette) Beaudoin were married in 1972 in Nashua, and they lived and raised their four children there for the majority of their life. Gerry and Claudie also met their very close and lifelong friends at Saint Joseph Hospital, Dick and Geline Haggerty, Peter and Pat Hansen, Ken and Willie Polacek, and Evelyn Mondoux. The group enjoyed traveling together and being together with their families. Gerry eventually moved on to work at Lawrence General Hospital in Lawrence, Massachusetts for the next 35 years until he retired. He then went to work part-time at an eye clinic in Andover, Massachusetts where his idea of part-time was 40 hours a week. He completely retired in 2016 to spend more time with Claudie. Gerry enjoyed his family and friends, and he was always in a good mood. He had a loud and infectious laugh, and he always made people smile, especially strangers. He also enjoyed flying, and he was proud of his service in the Air National Guard. He loved singing and performing with the Actor/Singers in Manchester and Nashua, and he performed in plays such as Fidler on the Roof and the Pirates of Penzance. He loved singing so much that he was singing Oh What a Beautiful Morning from the play Oklahoma just prior to passing away peacefully. He is predeceased by his loving wife, Claudie, and their daughter Aline Beaudoin along with his siblings, Irene Stelmech, Gertrude Morin, Lorraine Bissonnette, and Doris Ducharme, Lionel Beaudoin, Norman Beaudoin, and Maurice Beaudoin. He is survived by his sister, Aline Gagnon, and his four children, David and Susan Wolfe, Daniel and Marie Wolfe, Charlene Wolfe and her husband Ed Stratton, Marc and Christen Beaudoin, and his grandchildren Courtney, Alyssa, Tyler, Melina, Devin, Jeremy, Danielle, Abby, Zachary, Hailey, Jacob, and Jordan along with eight great-grandchildren. He loved his family so very much, and he will be sorely missed. Memorial donations may be made to the charity of your choice in Gerry’s honor.
Calling hours will be on Monday, June 20, 2022 from 4 to 7 pm at J. N. Boufford & Sons Funeral Home, 110 Bridge St.
A mass of Christian burial will be celebrated on Tuesday, June 21, 2022 at 10 am in St. Catherine of Siena Church, corner of Webster and Hemlock St.
Committal prayers will follow in St. Louis Cemetery in Nashua.
For more information and online guestbook please visit www.bouffordfuneralhome.com.